Mercuryo raises funds worth $7.5M in a recent round of funding. It is a London-based startup that has built a cross-border payments network. Mercuryo began onboarding customers at the beginning of 2019 and has seen impressive growth since with annual recurring revenue (ARR) in April surpassing over $50 million.

A little about Mercuryo

Mercuryo describes itself as “a crypto infrastructure company” that aims to make blockchain useful for businesses. It aims to do this via its “digital asset payment gateway.” Specifically, it aggregates various payment solutions and provides fiat and crypto payments and payouts for businesses.

Put more simply, Mercuryo aims to use cryptocurrencies as a tool for putting in motion next-gen, cross-border transfers or, as it puts it, “to allow any business to become a fintech company without the need to keep up with its complications.”

What makes it different?

The startup’s emphasis on crypto is what makes it different. The company’s customer base is approaching 1 million. It has partnerships with a number of large crypto players including Binance, Bitfinex, Trezor, Trust Wallet, Bithumb, and Bybit. In 2020, the company said its turnover spiked by 50 times while run-rate turnover crossed $2.5 billion in April 2021.

To build on that momentum, Mercuryo has begun expanding to new markets, including the United States, where it launched its crypto payments offering for B2B customers in all states earlier this year. It also plans to “gradually” expand to Africa, South America, and Southeast Asia.

Our team has a clear plan on making crypto universally available by enabling cheap and straightforward transactions. Cryptocurrency assets can then be used to process global money transfers, mass payouts and facilitate acquiring services, among other things.

Mercuryo’s plans with the funds raised

Target Global led Mercuryo’s Series A. It also included participation from a group of angel investors. This round brings the startup’s total raised since its 2018 inception to over $10 million.

As Mercuryo raises funds, the company plans to use its new capital to launch a cryptocurrency debit card. Furthermore, the plans are to continue to expand to new markets, such as Latin America and Asia-Pacific.

Mercuryo’s various products include a multicurrency wallet with a built-in crypto exchange and digital asset purchasing functionality. It also has a widget, and high-volume cryptocurrency acquiring and OTC services. The company doesn’t charge for currency conversion and has no hidden fee as well.

Mike Lobanov, Target Global’s co-founder, TOld all the experiments they did on various platforms to buy Bitcoin. “Doing our diligence, we measured ‘time to crypto’. That means, how long it takes from going to the App Store and downloading the app until the digital assets arrive in the wallet,” he said.

Mercuryo came first with 6 minutes, including everything from KYC and funding to getting the cryptocurrency, according to Lobanov.

The second-best result was 20 minutes, while some apps took forever to process the transaction. 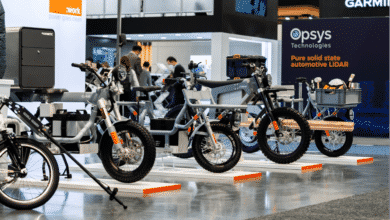