In the wake of the Incheon Red Tap Water Incident, a concern of the entire public. The government announced comprehensive measures for sanitation of tap water. However, can even water made clean at a water purification plant be safely and cleanly supplied to each household from 200,000 km long water pipes across the country? Also, how is the water pollution caused by old water pipes managed? Are there any sensors that can easily measure the quality of tap water at home? The company that solved this problem is THE.WAVE.TALK. It has developed the world’s first IoT water sensor “SensCup” and household turbidimeter.

Founded by technology investment from KAIST in July 2016, THE.WAVE.TALK is a hardware startup that develops IoT water sensors and in vitro diagnostics (IVD) bacteria sensors. The company has developed a sensor that detects, quantifies, and classifies bacteria and other fine-sized particles in collaboration with KAIST. With the patented hardware CSMS (Chaotic Scattering Material and Structure) and data analysis software as the core technologies of the sensor. It is about to release the IoT water sensor SensCup and the quick microbial diagnostic equipment Bacometer.

SensCup is an IoT water sensor that measures the turbidity. An indicator of water pollution, within 10 seconds, and inspects the total amount of foreign substances in the water. When you put a glass filled with water in SensCup, the laser analyzes the water quality and notifies if the turbidity exceeds the limit. This sensor, which can measure turbidity as small as 0 to 4 NTU, displays the red signal when the turbidity exceeds 0.5 NTU, the water quality standard set by law. This can be checked through the mobile app.

Tap water can be contaminated in the process of transferring from the water purification plant to home through the water supply pipe. Even if the water quality turbidity standard set out by WHO of 0.5 NTU is exceeded. It is difficult to check with the naked eye, and there is no sensor that prevents people from drinking contaminated water at home. To solve this problem, THE.WAVE.TALK has developed SensCup, a home water sensor that allows anyone to check water quality anytime, anywhere.”

Along with SensCup, THE.WAVE.TALK is also releasing the Bacometer. It is a professional in vitro diagnostic (IVD) device for quickly examining microorganisms. Usually, it takes several hours to perform UTI tests, but with Bacometer, results can be found out within 30 minutes. “Bacometer can quickly produce results within two hours even for experiments such as the antibiotic resistance test (AST),” said CEO Kim. He then continued, “As the clinical trial for Bacometer is completed, our technology will be proven, and this will have a great impact in many industries including the medical industry.”

“We want to become a startup company that saves the most lives on the planet by quickly detecting bacteria and other contaminants in our daily life,” said Kim. THE.WAVE.TALK entered the finals at Future Food Asia May last year. And in January of this year, it was awarded CES 2020 Innovation Award for its IoT water sensor. THE.WAVE.TALK’s products can be provided to a variety of fields, general consumers, and industries (hospitals, laboratories, etc.). That need to quickly detect bacteria as well as government facilities that manage the water supply system.

The company is also planning to introduce SensTap, a real-time water quality data collector. To be installed on a water purifier or faucet in 2021. The main reason for defective tap water is no data sensor to monitor the process of supplying for home use. If a data sensor is installed on the faucet, consumers would be able to safely drink water. Because they can check the water quality in real-time and suppliers can diagnose the cause of the problem early and prevent future water problems.

THE.WAVE.TALK’s IoT water sensor technology is evaluated as a technology that is yet to be available globally. “Starting with Korea, we are planning to advance overseas to countries like the US, China, Japan, and Europe next year,” said Kim. “As the adverse effects of fine dust on health are widely known to many people these days, there are one to two air purifiers in each household. Like this, there will be a day when water quality sensors will be installed in the faucets or water purifiers in each household to drink and use safe and clean water. The water sensor developed with our technology will be the global standards.”

Establishing a base in Pangyo Technovalley is promoting our innovative technology more efficiently and expanding our network by utilizing the surrounding environment and infrastructure of Pangyo to increase global competitiveness. As I watched various IT-based industries including startups creating a new urban ecosystem. And the infrastructure and the surrounding environment that looks like the Silicon Valley, I anticipated that Pangyo would become the place to make a technological leap forward in Korea. 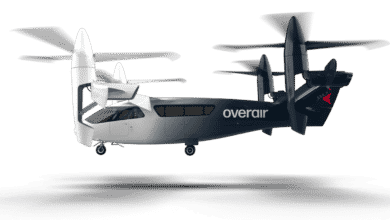 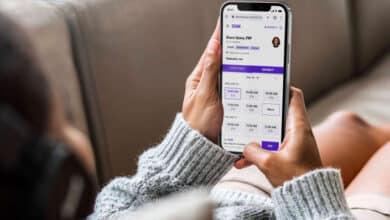