Volocopter is a flying taxi startup. We have seen it evolve and introduce newer and quicker ways to fly. Last year, UAM pioneer Volocopter took up the challenge to bring its fully electric VoloCity air taxi take off successfully. In this post, we will share the very first video of that memorable flight.

It has taken 10+ years for the Volocopter ground crew to develop the eVTOL (electric vertical takeoff and landing) vehicles.

Before VoloCity took its maiden flight

before the VoloCity took to the maiden flight, Volocopter had proven to the regulators that all operational risks were duly mitigated. Once they got their green light, the team could start powering up the aircraft and prepare it for takeoff.

The UAM pioneer Volocopter clocked up over 1,500 test flights. Theory, design, processes, simulations, and structures were all layered one on top of the other to create a solid foundation for the UAM pioneer’s vision. Ultimately, it was a combination of teamwork, open communication, and attention to detail that helped us devise our action plan. And before we knew it, Volocopter was gearing up for the VoloCity’s debut.

On the day of the flight

On a chilly December morning, the VoloCity finally made its first flight into the skies of Bruchsal, southern Germany. That day the term “air taxi” got on a different level. This aircraft quite literally is the culmination of the Volocopter team’s hard work and dedication. Furthermore, it stands for the team’s success in bringing this novel technology to life. Volocopter is known as the UAM pioneer. UAM is Urban Air Mobility.

This successful flight represents the victory of the team’s aspiration to create a better future. A future in which electric aircraft and emission-free flights are the new dimensions of global mobility. This will make urban flights just a few smartphone clicks away.

This moment is really one to be celebrated for the culmination of this long seen dream.

EU-Korea hydrogen industry in one spot! Korean Pavilion at HYVOLUTION 2022 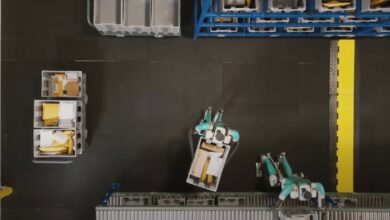 Agility announces a 150M funding round