For the past few years, Austria’s startup scene has been garnering increasing attention. The Global Entrepreneurship Monitor Ranked Austria as a top country in Europe for public pre-seed funding. Entrepreneurs starting up in Austria are well supported in their first leaps off the ground because it is home to a comprehensive government startup program that was launched in 2016. Housing around 50% of the country’s startups, Vienna is unsurprisingly a notable innovation hub and ranks on place 19 of Europe’s startup hotspots list. There are plenty of success stories to take note of, too, like Runtastic being acquired by Adidas, and Shpock being acquired by Schibsted.

Stated below are 5 of the most promising young Austrian startups from 2017-2020. These are the startups that have fast-growing teams, are working on innovative missions, and are also showing promising signs, such as raising funding in the last year.

Newsadoo, founded in 2017 in Wein, is a news personalization tool. Using artificial intelligence, it collates multiple news pieces from many sources, such as newspapers, radio broadcasts, TV stations, and online portals, all into a news feed tailored just for you. The startup aims to make news more individual, intelligent, and entertaining.

Founded in 2016 by Günther Strenn, JobRocker is an online job search portal that connects applicants’ CVs with job openings, using a proprietary algorithm and human-driven consulting work. It aims to close the gap between headhunters and recruitment agencies and offers a new concept in an old market, as it enables clients to harness the power of automated matching with human-driven consulting for hiring. JobRocker raised €1.3 million in a Series A round in November 2017, led by Surplus Invest.

Storyblok, founded in 2017, is a Headless Content Management System that helps developers and content creators. The startup solves the problem of managing digital content with a headless CMS, which be a difficult task. Storyblok makes the process simple by offering the user the experience of a page builder with modern headless architecture. This gives the developer freedom and the editor a self-explaining and intuitive interface. The startup raised 2.24 million in December 2019, from the first minute, capital300, and Founders Factory.

Founded in 2017, Music Traveler, is a marketplace that centralizes spaces with musical instruments and equipment for the creative industry. Its mission is to promote the creation, appreciation, and interest in music by reducing barriers and facilitating new interactions. Starting at just 3€/hour, Music Traveler has rooms for all levels and types of music and is available as an app on Android and iOS. World-renowned investors and ambassadors include Billy Joel, Hans Zimmer, Sean Lennon, Adrien Brody, and John Malkovich, just to name a few.

Refurbed is one of the fastest-growing marketplaces for refurbished electronics, across the German-speaking world. The Vienna-based platform, which was founded in 2017, sells renewed phones, laptops, and tablets, which go through a 40-step refurbishing process. Items are up to 40% cheaper and more environmentally friendly than brand new items, coming with a 12-month guarantee. It raised 2 million in investment in August 2019.

Self-Driving Truck start-up taps into US market from China 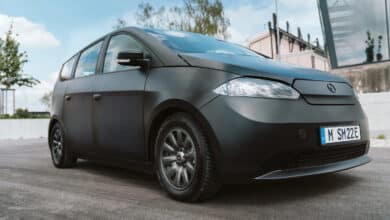 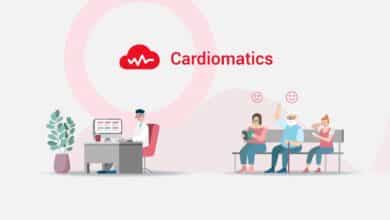