January 5 – 7, in Las Vegas Nevada, innovators from around the world came together to showcase their groundbreaking technological feats at CES. We were fortunate enough to attend, and despite the title of “most influential tech event in the world” seeming like a bit of a boast at first, we certainly take their word for it now!

…is the most powerful social network, as the creators of CES believe. The Consumer Electronic Show, or CES for short, is created every year by the Consumer Technology Association (CTA), a standards and trade organization, whose primary objective is to further the growth and advancement of consumer technology companies. The association represents more than one and a half thousand US companies.

CES helps to advance this goal by bringing together promising companies, global players and potential business partners, and hosting a stage for innovations (and their creators) from all parts of the technology sector. At the event, more than 3,200 companies were present at booths in the exhibition, originating from 173 countries. The media was also far from underrepresented, as a sum exceeding of 4700 media representatives came to report on the event.

So what is it that sets apart CES from other technology events?

Many of the former innovations that we would now consider long outdated, such as the first XBOX – And even the first CD-player! As antiquated as especially the latter might seem nowadays, CES has evolved with every one of its rounds to surprise and intrigue its visitors. So, without further ado, these are the technological innovators that may soon improve your day-to-day life – If they are not already.

The automobile industry came prepared to impress. Indeed, CES has been called an automobile show for its wide range of car presentations, that are second to no showroom in a sophisticated dealership. Indeed, the electronic nature of new cars pushes the advanced vehicles to the front and centre of the exhibition, with large players such as BMW, VW, Mercedes, GM and Stellantis represented alongside newcomers such as Lightyear. Given how vast the automobile industry is, adjacent companies such as Continental, ZF and Forvia were also in attendance, not to be overshadowed by the display vehicles.

Metaverse and Web3 companies, who were promised as a focal point of the exhibition, had a designated area mapped out on the exhibition grounds. OVR Technology, Microsoft, Magic Leap all presented technological novelties, with Sony standing out for erecting an entire football stadium in the Metaverse.

At the centre of the show was a Web3 studio created by Coin Desk. They hosted leaders and visionaries in the newly developing sector, and displayed their Web3 program as well as their Blockchain Association.

This field has grown significantly in the past decade, now playing a greater role than ever, as consumers, intimidated by shortages of healthcare professionals especially during the pandemic, are now increasingly taking control of their own health. Digital healthcare, without long waitlists, cold mornings queuing in front of the doctors office or the let-down of much ado about a five minute consultation is hitting the stage with much anticipated answers!

The newcomers, and familiar faces

Surely even a tech-phile of the greatest caliber would be challenged to find an industry underrepresented at CES – From food tech, mind and body, mobility and into new universes, CES features them all.

Looking into the future, and recognizing the great responsibility that events such as CES have in terms of representing the advancement of human life, they decided to take a stance this year. For the first time ever, CES had a leading subject, namely “Human Security for All”. This deals with food scarcity, human rights and the many ways that technology can solve these issues.

Another central subject was also sustainability. International brands such as LG, Samsung and Siemens are making an effort to show innovations that can conserve energy, and sustain our world for us, adding to it smart cities, clean water and whichever innovations we are to expect in the next year!

CES Most Praised Startups: Making a Splash in the Technology Industry 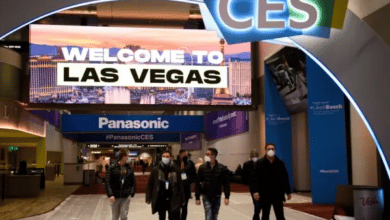