The traditional method of Quality check

Traditionally, for centuries now, the coffee industry has relied on the process of cupping as a quality control check. Cupping is the traditional testing method that determines the quality and taste of coffee beans grown around the world. It is a standard procedure followed by the producers and buyers in the sector. To check the quality of a batch of coffee, professional cuppers conduct an in-depth visual analysis and taste tests that measure the body, sweetness, acidity, flavor, and aftertaste.

Since cupping is conducted so far down the supply chain, the farmers, traders, and roasters often remain clueless about their beans.

But now, Demetria, an Israeli-Colombian startup, specialising in agricultural and food technologies, has launched a pioneering artificial intelligence-powered platform and near-infrared (NIR) sensor system. The first of its kind, this technology can determine the taste and quality of green coffee beans at any stage of the supply chain.

Eduardo Shoval, co-founder and executive chairman of Demetria, told The Media Line, “The coffee industry has been lacking new technologies,”. “In the last decade coffee has started some kind of process we can call ‘wineification.’ People really want good coffee.”

Demetria, recently successfully completed a pilot with Carcafé, a Colombian coffee division and one of the world’s largest coffee trading houses. Together, they have developed a solution that includes an AI-powered mobile application as well as a portable sensor that can identify and “match” green beans with a high-value taste profile.

This startup is also working with the Colombian Coffee Growers Federation to develop a series of apps. These will help the farmers to control and track the bean quality and price their crops accordingly.

Workings of the Applications

Until now, Demetria has launched two mobile applications for Apple and Android devices. The first of them is called Demetria Match and is a matchmaking solution designed to help coffee suppliers properly identify the coffee beans that fit their taste and quality profile.

Along with this, clients use a pocket NIR spectrometer to scan a sample of parchment or green coffee beans for average humidity levels.

The second app, Demetria Vision, uses computer vision and AI to conduct a visual analysis of beans and uncover defects. It relies on big data to reach a conclusion.

Lazar explained, “We took a lot of samples, I think more than 2,000 photos, and then just taught the computer how it works”.

How the app works are that the user simply takes the picture of the beans spread against a dark matte background. The app then analyses the image and gives immediate results about product quality.

Intentions behind the Invention of the AI Coffee Startup

Shoval, an Argentine-Israeli serial high-tech entrepreneur and angel investor, called the solution a game-changer for the industry.

He said  “Farmers didn’t have ways to know what kind of coffee they are really creating,” Further adding, that the goal was not to replace cuppers but to bring the production and quality control process of the coffee industry into the 21st century.

So far, Demetria has closed $3 million in seed funding led by the Latin American-Israeli investor Celeritas and a group of private investors in the Colombian financial sector.

Demetria’s co-founder and CEO Felipe Ayerbe said in a statement that was shared with The Media Line “It’s hard to believe that the world’s biggest roasters have effectively been buying beans with very limited knowledge about their quality and that the majority of coffee farmers, the most critical players in the supply chain, don’t understand the quality of their own crops and hence are paid unfairly, threatening the sustainability of this $450 billion industry,”.

Millions of people across the world make a living from growing coffee. The majority, living in developing countries. In fact, coffee is a crucial part of several countries’ economies, including Brazil, Vietnam, Indonesia, and Colombia, which lead the world in production, according to the United Nations’ Food and Agriculture Organization (FAO). FAO, for instance, has adopted a number of AI and machine learning solutions to counter plant pests, detect agricultural stress, and monitor and report on forests and land use.

Artificial intelligence is increasingly becoming the new future in the food and agricultural sectors.

Augmented reality: how it will change our lives. 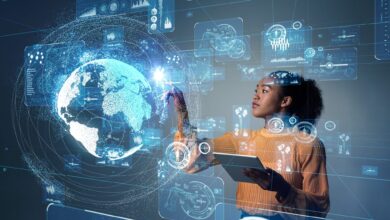 15 Remote work startups to watch for in Europe